Andrew Buddington has been awarded the 2015 Robert Christman Distinguished Service Award by the National Association of Geoscience Teachers. 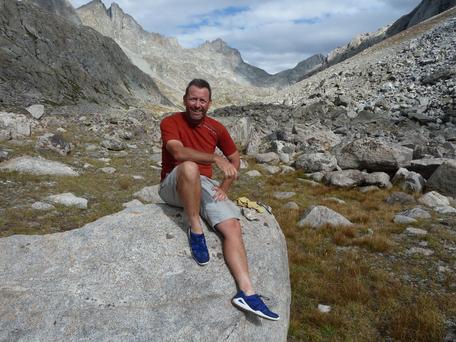 Andy Buddington has long been a passionate NAGT member. Andy is an Earth Science instructor at Spokane Community College and a member of NAGT since 1998. Andy's commitment and energy for geoscience advocacy not only assisted in rejuvenating the Pacific Northwest Section, but also led to the development of the PNW section's successful annual conference. In addition, Andy has served as the Pacific Northwest Section President and Vice President, and has served on the NAGT Executive Committee as a Councilor-at-Large and as a section Liaison. He currently serves as Chair of the newly created 'Membership Committee', a position he suggested and implemented. His duties include encouraging membership renewal, and soliciting new members via direct contact throughout the PNW. In 2014 he was the recipient of the Dorothy LaLonde Stout Professional Development Award, allowing him to facilitate an undergraduate student research project involving a combination of field and laboratory research on newly recognized (and geologically important) Precambrian rocks of the Inland Northwest region. Andy's dedication and enthusiasm for NAGT, and geoscience education as a whole, make him an excellent recipient for the Bob Christman Distinguished Service Award.