Cathryn Manduca has been awarded the 2020 Bob Christman Award by the National Association of Geoscience Teachers. 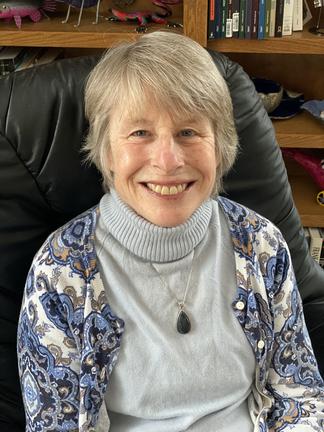 Dr. Cathryn Manduca has served NAGT both as President (2004) and Executive Director (2007- 2019). By leveraging her role as the Director of the Science Education Resource Center (SERC), Cathy was able to develop a robust leadership approach. For the first time, NAGT had an Executive Director with a supporting staff. By shifting her own and her staff's time between SERC and NAGT projects as needs arose and resources became available, Cathy not only facilitated the growth of NAGT but strengthened the entire geoscience education community. Eric Riggs, a former NAGT president, says today that Cathy managed this complex relationship "with the highest degree of professionalism and lowest degree of conflict of interest anyone could imagine," a testament to both her exceptional management skills and her vision of NAGT as a major contributor to the larger geoscience education community. Her vision led to the establishment of the annual Earth Educators' Rendezvous, a weeklong professional development and scholarly meeting now in its sixth year. The Earth Educators' Rendezvous has become the premier event in NAGT's portfolio of professional development offerings and would never have happened without Cathy's organizational skills and integrative abilities. Cathy transformed NAGT into the vibrant, thriving, well-known, and well-respected professional organization that it is today, and she is richly deserving of the Robert Christman Distinguished Service Award.