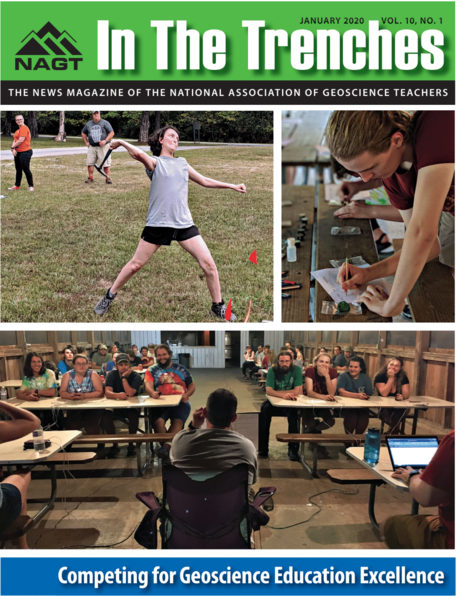 Hide
Competition can push us all to a higher level, note the authors of this issue's lead story about the Tennessee State Parks Geological Conclave. Pictured here are elements of the annual intercollegiate geology competition, hosted by various academic institutions located within Tennessee and surrounding states. [Photos by Nick Dygert and Erik Haroldson]

×
FROM THE EDITORS: The Changing of the Guard

Welcome to the new year and our new issue, which is my last issue as editor-in-chief. When I started this role three years ago, I couldn't possibly know what interesting articles would come through my inbox. We've had themed issues on advocacy, seismology, economic geology, science and religion — just to name a few. In this issue, our authors introduce us to Geoconclave with student teamwork and networking during friendly competition; an earth and environmental science department teaching math to non-science majors; and a different sort of piece for us, an essay reflecting on what it means to "do geology" I hope in this issue, and every issue, you find something to enjoy and insightful ideas for your own classrooms. Read more... 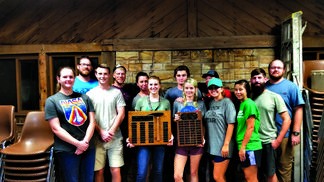 ×
40 Years of Building Networks, Knowledge, and Skills Through Friendly Competition: The Tennessee Geoconclave

Competition can push us all to a higher level. The Tennessee State Parks Geological Conclave (referred to as "Geoconclave" or just "Conclave"), is an intercollegiate geology competition, hosted by various academic institutions located within Tennessee and surrounding states. The formal event features academic and non-academic events, as well as a final Rock Bowl (trivia tournament), with separate champions declared for the Rock Bowl and an overall champion. Each institution fields a team of undergraduate students, with more senior students typically competing in the individual academic events and forming a four-person Rock Bowl squad, while the non-academic events feature a mixture of students from all ranges of the academic spectrum (freshman to super-senior). The events take place in one day; however, the Geoconclave is commonly spread across three days, with teams arriving on Friday, competing on Saturday, and then departing on Sunday. In some years, an informal field trip is offered on Friday by the hosting institution, visiting accessible outcrops in the region. Throughout the event students are encouraged to build team skills by working with their department peers, and to grow their academic and professional networks and build camaraderie amongst their fellow geoscientists from other institutions. Further networking is afforded by a visit from local and regional professional society representatives. Geoconclave has proven a great place for recruitment of potential graduate students as well as a place for academics to meet and build collaborative relationships. Read more... 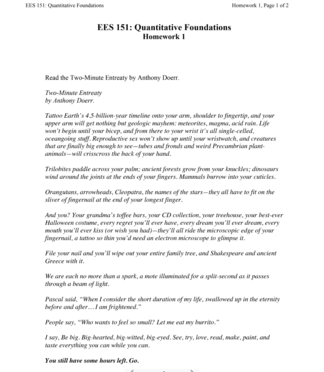 Geoscience departments have long offered introductory courses ranging from standard (physical geology) to exotic (dinosaurs and disasters). Although these courses are primarily for non-science majors, they serve as recruiting tools in a discipline initially chosen by few students (Hoisch and Bowie, 2011). At the University of Kentucky (UK), general education curriculum changes led to required fields of inquiry through courses not tied to individual departments or colleges, but to fulfillment of learning outcomes. Our geoscience department unexpectedly found itself competing over "Intellectual Inquiry in the Natural, Physical, and Mathematical Sciences," as colleges ranging from Fine Arts to Public Health added new courses — "Physics of Music" and "Disease Detectives," among other catchy titles. However, perhaps demonstrating that faculty as well as students suffer from "math anxiety," "Quantitative Foundations" remained primarily an offering of basic algebra or calculus courses. We recognized the opportunity to expand offerings through a geoscience content-focused algebra and trigonometry course. Read more...

Letter To The Editor

I was delighted to see the article by Rebecca Owens (In The Trenches, Vol. 9, No. 4, p. 6-8) regarding teaching the Anthropocene. I have been teaching a "human impacts" course framed around the Anthropocene for nearly five years, with a website that offers considerable supporting material: https://theanthropocenedashboard.com The course and website are a small attempt to help fulfill the admonition of Paul Crutzen and Christian Schwägerl. The two suggested that "we must change the way we perceive ourselves and our role in the world (and) ...teaching students that we are living in the Anthropocene" would be of "great help" in accomplishing this goal (Crutzen and Schwägerl, 2011). Unfortunately, despite the thousands of articles written on all things Anthropocene (Brondizio, et al., 2016), teaching the Anthropocene doesn't seem to be part of this "radiative explosion" of Anthropocene study. Read more... 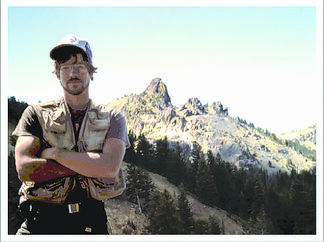 PAUL THOMAS HUNT (huntpaul333@gmail.com) is the environmental manager at the Portland Water District in Portland, ME. A Maine Certified Geologist, he spends a lot of time contemplating deep time in general and the ancient oceanic lithosphere in particular

It took seven hours of driving just to get there. Seven hours from my campus office and my life just to get to the place where I would spend long stretches of time that summer and the next doing field work. Seven hours and three hundred miles along city roads, then country roads, then dirt roads, the last thirty miles on dirt roads with no lights or buildings or people. No one. At one point in that last stretch of driving it was very late and I was hurrying down a forest service road, the truck's suspension bouncing and creaking. I was tired and anxious to reach a spot to pitch a tent. So remote and dark and quiet and foreign, like I was driving to the end of the Earth, backwards in time. I briefly clicked off the headlights just to see how dark it was. It was as black a color as I could have imagined, seemingly the complete absence of light. I quickly twisted them back on. I was so alone. Twenty-three years old and having just completed my first year of graduate school. Far from anything I knew. All this way to meet the rocks.Read More... 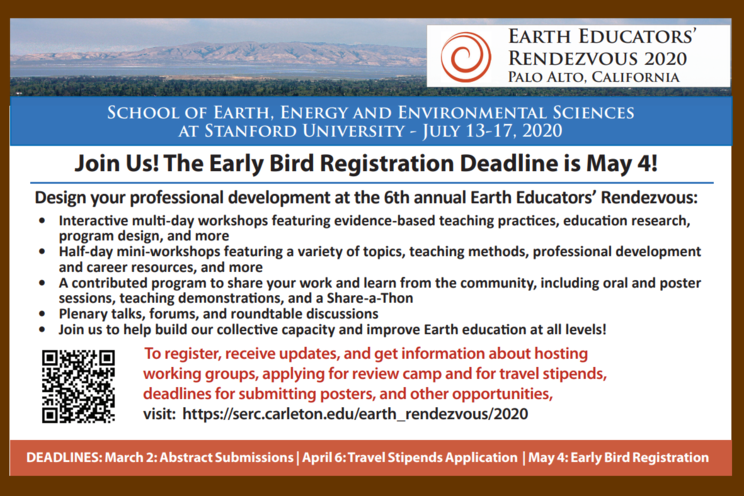 Provenance: Earth Educators Rendezvous 2020, NAGT
Reuse: This item is offered under a Creative Commons Attribution-NonCommercial-ShareAlike license http://creativecommons.org/licenses/by-nc-sa/3.0/ You may reuse this item for non-commercial purposes as long as you provide attribution and offer any derivative works under a similar license.

Thank you for being a part of the NAGT community.